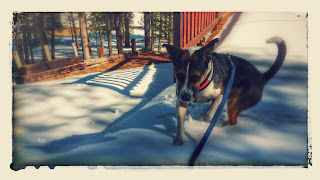 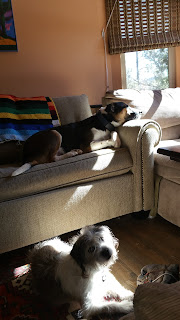 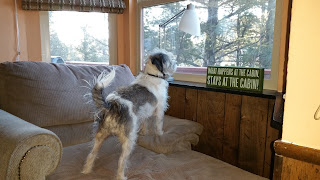 It was a great time and really set things in motion for trying to make this journey happen.
2 comments:

Maybe we need a road.

I was able to make another trip up to the property in the fall of 2016, as part of one of my football road trips. This was shortly after the electrical co-op had been out to stake where the post would need to be and get a cost estimate for getting in the electric.
I origionally put electric at the top of the list of "to do" items as I need electric on the property to have the telecommuncations company run out the cabling for internet access. Without internet access, it would be difficult to work from the property while i continued with other development. The cost for electric was about 12k, but they also had to have 20 foot wide clearance along the entire path which I would also be paying for it.
The other thing which was high on the priority list to get done was to get better access to the property. Right now the "road" into the property is really a steep trail with lots of loose rock that has been exposed.
At this point i had made about five trips up the road in my 2wd pickup and while some points the tires skidded, it was not to bad.
However, we had one last fatefull trip up the road after it had started raining. With the wet rocks and lose gravel, I got about half way up one of the steeper sections of the climb and lost all traction. Then came the scary part, I was sliding back down the hill with really no control of where i was going. I kept sliding and sliding getting closer and closer to where the road ended and a steep dropoff occured. I did cut the front wheels to try and get the truck to slide back onto the road and away from the edge, this worked for the rear, but pushed the front close to the edge.
The truck did finally stop sliding when the front driver tire got caught on a bollder which was right on the edge of the road. 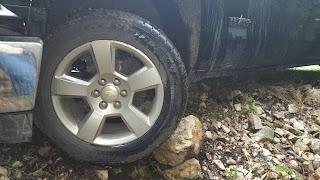 Getting free was another story. I did manger to build up enough "road" out of rock and tree trunks that i felt it was worth a shot to remove the rock. After removing the rock i was able to safely back up the truck and get down the hill. 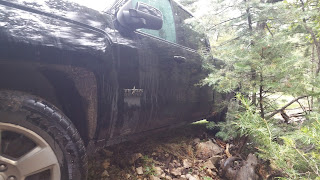 Lesson learned...Rain and loose/slippery rocks are not good for traction when climbing.
After this fateful little adventrure I have moved getting the road in up higher on the list of things to do...really its pretty much first. Afterall if i cant get there, it doesnt need electric or internet and  might as well put it back on the market.
1 comment: 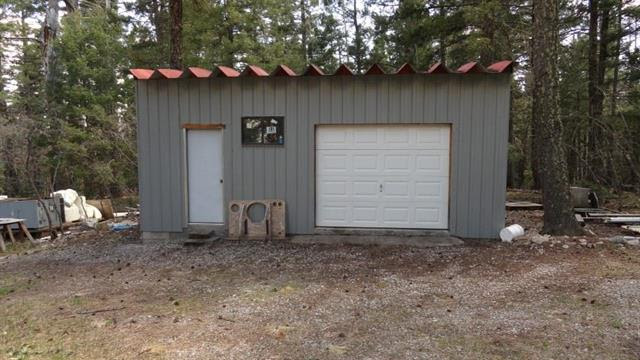 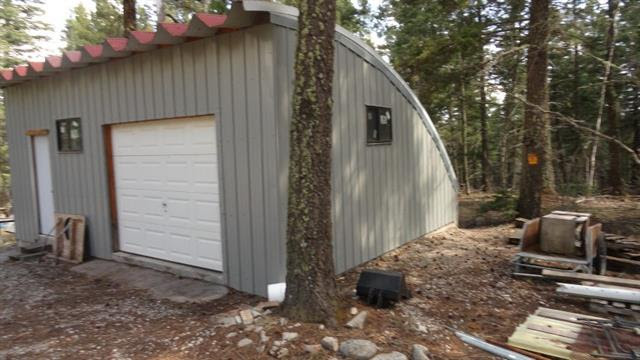 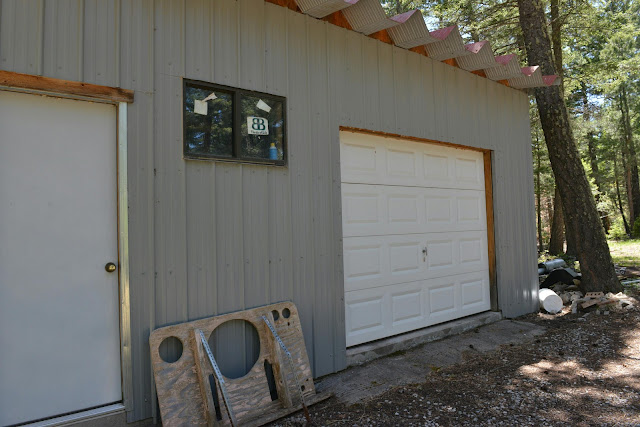 Getting started is half the battle

Where do you start?

I generally read a lot of blogs or watch youtube channels about things i am intrested in. They seem so well done. Even if they are not the most professional, they do a good job and seem to know that they are doing. But i what I seldom do is go back to their very begining to see what their early stuff was like. Did it seem awkard? Undirected? Filled with mistakes?

The one thing they have incommon, is they STARTED. Which has been my issue. I have been wanting document the journey i am on, but never seem to put fingers to the keys and get it done. I have tons of ideas about what i want to include. I even write posts or think of video idea in my head. Which is strange becasue i used to be a photojournalist...my job was to document things.

A co-worker annouced a few weeks ago that he was "retiring" and was taking the first part of his retirement to hiike the appliataion trail. Within a few days he had a blog and several post. All the while, I have already be on my adventure. The planning of "the dream" has been going on  for several years, but things really started happening the middle of 2016.

So what is the adventure? It is really multi-layered, but put simply, to enjoy live knowing I have the freedom of time, money and place to do what i want.

So some of the things the blog will be about is building a tiny house myself on a five acre piece of land in New Mexcio. Another is building a tiny house on wheels to be able to travel and feel at home. The last is to enjoy my time with my dogs (I currently have 2) and make sure they enjoy an adventerous life. So that is what the blog, video (if i ever edit them) and photos will be about. I will try to share things i learned. How/why i made the decissions I did. The stress and fun along the way.

So hopefully with this first one i can now say i am started, and find a way to keep going.